My wife and I purchased an older “fixer-upper” home, knowing that we needed to address some structural issues. I called Paul Mushero and several others for estimates. During our inspection his confidence and experience were quite evident. Not only was he able to point out a number of problem areas that I had missed, I was pleasantly surprised that he also allayed my fears regarding several things I thought were (potentially expensive) concerns but actually quite normal and harmless.

He very clearly described what would be done, and what we could expect both during and after the process. His estimate was competitive, and we selected him for the job.

During the job, the crew was conscientious, meticulous, and efficient. After each minor stage of adjustment, they thoroughly inspected and measured to gage the impact of the leveling, even to the extent of ensuring the alignment of the balusters on our stair case (the floor had sunk to the point that they had completely separated from the treads!).

The work came in on time and on budget. As we have had other contractors come in for different tasks, a number of them specifically observed and called out the quality of the work Mushero’s had done. The house now feels like it could easily stand up to another 120 years, and we would gladly recommend Paul and his team to anyone who needs a home leveling. - - Woody 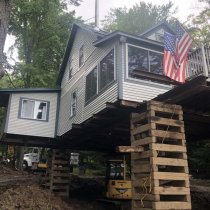 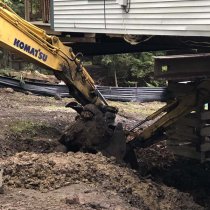 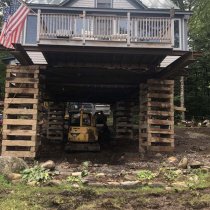 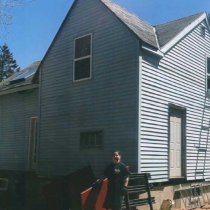 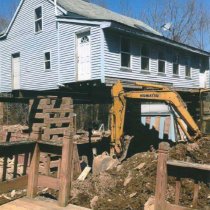 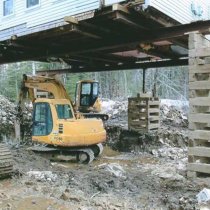 "We do the job like we are doing it for ourselves"